Gabriele Marcotti is the World Football Correspondent for The Times and UK correspondent for Corriere dello Sport. He is also a columnist for Sports Illustrated and his work appears regularly in La Stampa and the Sunday Herald. He now co-hosts the weekly 606 programme on BBC Radio Five Live as well as being a regular pundit on the same channel. His books include The Italian Job: A Journey to the Heart of Two Great Footballing Cultures, co-written with Gianluca Vialli, which was shortlisted for the William Hill Sports Book of the Year Award in 2006. His book Capello: Portrait of a Winner (Bantam Books), was described by Simon Kuper as ‘the book Marcotti was born to write’. Marcotti also co-authored with Alberto Polverosi a biography of Ranieri and Paolo Di Canio’s biography. Most recently, Marcotti worked with Gianluca Vialli on his personal and inspiring book, GOALS, which Headline published in June 2020. He lives in London.

Jane McLelland is the author of the international bestseller How To Starve Cancer Without Starving Yourself which she self-published in September 2018.  The book has been translated into several languages and has proven to be a life-saver for thousands of people receiving treatment.  Part memoir and part guide, Jane has developed a unique route map which shows which “fuel pipelines” feed every type of cancer.  She is a living testament to the success of her protocol having survived Stage IV lung cancer.  Jane is the mother of two boys and lives with her husband in West London

John McManus is a writer and academic based in Ankara, Turkey. He writes about the Middle East, sport, migration and popular culture, especially in Turkey and Qatar. He is the author of Welcome to Hell? In Search of the Real Turkish Football (Weidenfeld & Nicolson, 2018), awarded runner-up in the 2019 British-Kuwaiti Friendship Society book prize, the annual prize of the British Society of Middle East Studies. His writing has appeared in the Guardian, the Financial Times, the Washington Post and BBC, as well as academic journals. John holds a PhD in Anthropology from Oxford University. He is currently a visiting fellow at Qatar University Gulf Studies Center and an honorary research fellow at the British Institute at Ankara.

Nigel Mitchell has a clinical and sport career spanning almost 20 years. At the 2008 Beijing Olympiad the Olympic British Cycling team became the most successful British Olympic team of all time. His role involves leading and providing specialist nutritional service to British Cycling. Additionally he has had previous responsibility for the development and quality assurance of performance nutrition services to sports in the north of England, this has included helping to establish performance nutrition services to the Royal Yacht Association and British Swimming. His title, Fuelling the Cycling Revolution: The Nutritional Strategies and Recipes Behind Grand Tour Wins and Olympic Gold Medals, was published in June 2017 (Bloomsbury).

James Montague is an award-winning author and journalist from Chelmsford, Essex.  He writes for The Bleacher Report, The New York Times and Delayed Gratification. His latest book is 1312:  Among the Ultras – a journey with football’s most extreme fans which was published by Ebury in 2020.  Known for his fearless reporting style, Montague’s cut his teeth on his first book – When Friday Comes about the place of football in the Middle East (Mainstream Books 2009 and reprinted by De Courbetin books in 2011).  It won him the “Best New Writer” award at the British Sports Book of the Year Awards.  His next book, 31-Nil: On the Road with Football’s Outsiders was a remarkable odyssey-like journey to discover the lengths to which clubs would go to qualify for the World Cup.  It included that near-legendary Samoan game which is now the subject of a film starring Michael Fassbender and Elisabeth Moss to be released in late 2020.  His third book, The Billionaires’ Club (Bloomsbury) won the 2015 Football Book of the Year Award at the Cross Sports Book Awards.  James is currently living in Istanbul. 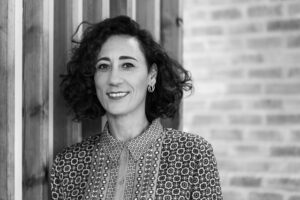 Michelle Moore is writer, award-winning leadership coach, consultant, strategic advisor, speaker and former athlete. Voted as one of the UK’s ’50 Most Influential Women in Sport’ she is a globally recognised executive on inclusive and conscious leadership, strategic partnerships, sport for development and innovation working across government, business and charitable sectors. Michelle works with CEO’s, individuals and senior leadership teams to create solutions steeped in strategic insight and cultural context to find new ways to challenge inequalities. Heading up a consultancy practice with a list of clients from The London Mayor’s Office to The Commonwealth Games Federation.

Michelle is the winner of the 2016 UK Precious Award for ‘Outstanding Woman in Sport’, a Football Black List award and an esteemed national Change Maker award. She is a trustee for SportsAid and a senior honorary lecturer for the University of Worcester. Michelle is a sought after executive hired by corporate, government, international sport federations and business to deliver inspiring and dynamic keynotes and programmes on leadership, equity resilience and success.