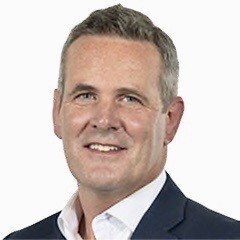 Gavin Mairs is the award-winning Chief Rugby Correspondent for The Daily Telegraph, where he has worked since 2009. He has covered rugby union for over 20 years, including previously as rugby correspondent for the Belfast Telegraph and Yorkshire Post, and has reported from every World Cup and Five/Six Nations Championship since 1999 and every British and Irish Lions tour since 2001.

He ghosted the critically acclaimed and successful autobiography of Rory Best, the former Ireland and British and Irish Lions captain, Rory Best: My Autobiography, published by Hodder & Stoughton in March 2020. He also collaborated with Martin Bayfield, the former England and Lions forward and now successful broadcaster and actor, on his autobiography, Martin Bayfield: A Very Tall Story to be published by Simon & Schuster in September 2022. He is currently working on another book that will be published by Polaris in 2023.