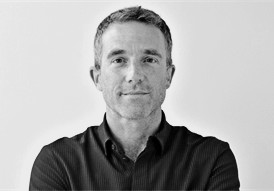 Tom Fordyce is an award-winning writer and broadcaster. Formerly the BBC’s Chief Sports Writer, he ghosted Peter Crouch’s Sunday Times bestsellers, How to be a Footballer and I, Robot, as well as Ben Ryan’s account of the Fiji’s success at the Olympics, Sevens Heaven – winner of 2018 Sports Book of the Year. He has written three books with Geraint Thomas, including Sunday Times Bestseller The Tour According to G; Swim Bike Run, the autobiography of Alistair and Jonny Brownlee, which was a Sunday Times number one bestseller; the critically acclaimed Six Machine, with Jamaican cricket superstar Chris Gayle; and The Inside Track, the joint autobiography of Laura and Jason Kenny, respectively the most decorated British female and male Olympians of all time. Tom has also worked with former Liverpool and England footballer Jamie Redknapp on his book Me, Family and the Making of a Footballer, and is ghosting the forthcoming autobiography of Wales rugby legend Alun Wyn Jones. He is a presenter on That Peter Crouch Podcast, as well as The Joe Marler Show, the Geraint Thomas Cycling Club and We Didn’t Start The Fire.