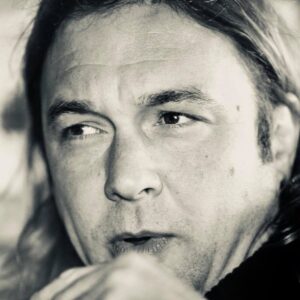 Born in Galloway, Scotland, Stuart Barker graduated from Strathclyde University in 1996 and began working as a motorcycle journalist for Motor Cycle News. Freelance since 2001, he has written for most of the major motorcycling titles and was editor of the Isle of Man TT programme for eight years. He has written eight books including a best-selling biography of Barry Sheene and a biography of Evel Knievel which is set to be made into a major Hollywood movie. Other woks include biographies of Niall Mackenzie, Steve Hislop and David Jefferies and a history of the TT races. His latest book Valentino Rossi: The Definitive Biography was released by Bonnier Books in November, 2020. He lives in Kettering, Northamptonshire.