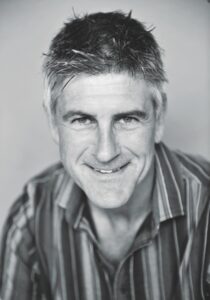 A journalist for almost 30 years, Peter Cossins has written about everything from drug scandals at the Tour de France to butchers battling to be crowned Britain’s pork pie champion. A former Editor of Procycling magazine, Pete is the author of many books on cycling including The Yellow Jersey (Random House, 2019), winner of the Cycling Book of the Year in the 2020 Telegraph Sports Book Awards, and Full Gas: How to Win a Bike Race (Yellow Jersey, 2018), which won the same award in 2019. His other books include The Monuments: The Grit and the Glory of Cycling’s Greatest One-Day Races (Bloomsbury, March 2015), Alpe d’Huez: The Story of Pro Cycling’s Greatest Climb (Aurum, June 2016), Ultimate Etapes: Ride Europe’s Greatest Cycling Stages (Aurum, 2016) and Butcher, Blacksmith, Acrobat Sweep: The Tale of the First Tour de France (Yellow Jersey, 2017). Pete’s most recent book, A Cyclist’s Guide to the Pyrenees  was published by Great Northern Books in May 2021.