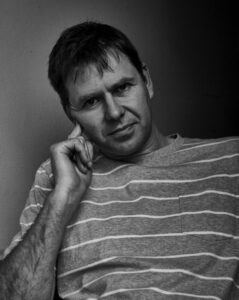 Herbie Sykes is a journalist and writer.  He lives in Turin, and his definitive history of Juventus FC has just been published by Vintage under the title Juve: 100 Years of an Italian Football Dynasty.  This is a remarkable book that is as much about the Agnelli family as it is about the club itself.  Sykes is a former editor of the official Giro d’Italia guide and he has written a number of books about the history of road bicycle racing. His first book, The Eagle of Canavese, was published in 2008. A biography of Franco Balmamion, it was centred around the mythical Giro d’Italia of 1962. He followed up with Maglia Rosa: Triumph and Tragedy at the Giro d’Italia, an illustrated history of the race. Coppi, a biography of the world’s most iconic rider, was published by Bloomsbury Sport and shortlisted for the British Sports Book Awards in 2013. Herbie then turned his attention to Dieter Wiedemann, the defected East German racing cyclist. The Race Against the Stasi was published, to widespread acclaim, by Aurum Press and sold in several languages. It was Cycling Book of the Year at the 2015 Cross British Sports Book Awards, was shortlisted in the Outstanding Sports Writing category, and has recently been optioned for film. In 2017, he published The Giro 100. The work featured interviews with 100 of the race’s constituents, and was published by Rapha.