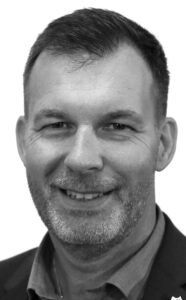 David Tossell is the author of 17 sports books and has enjoyed a four-decade career in sports journalism and communications. He has been short-listed seven times in the British Sports Book Awards and twice for the MCC/Cricket Society Book of the Year. Among his titles are biographies of Jimmy Greaves, Alan Ball, Tony Greig, Malcolm Allison, Tommy Docherty, Bertie Mee and Derek Dougan, and the stories of the Wales rugby team of the 1970s, the 1953 FA Cup final, the Arsenal double season of 1971 and the iconic 1976 West Indies cricket tour of England. Beginning his career on local newspapers, he became executive sports editor of the Today newspaper before embarking on a 25-year career at the National Football League, where he is Director of Public Affairs (Europe). His latest book All Crazee Now: English Football and Footballers in the 1970s was published in February 2021 by Pitch Publishing.