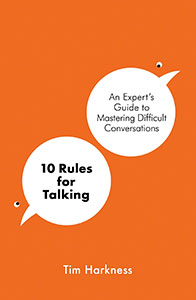 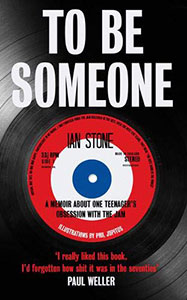 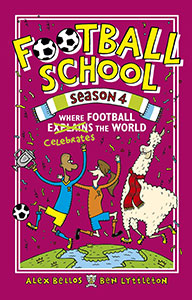 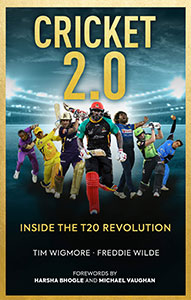 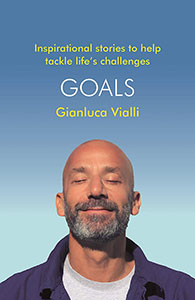 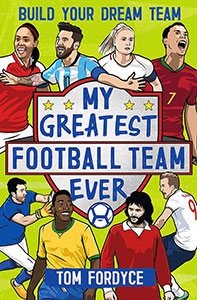 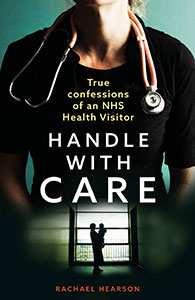 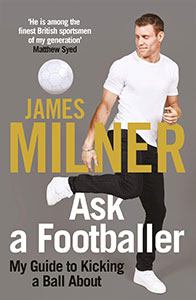 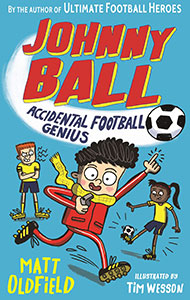 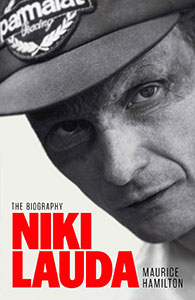 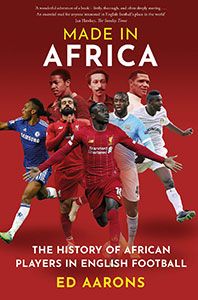 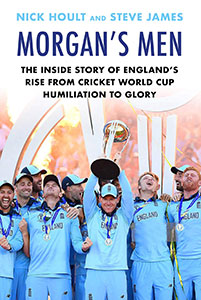 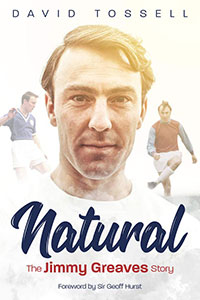 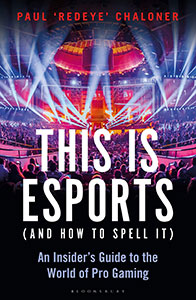 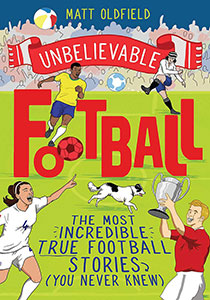 Sarah Edworthy has been a journalist since 1987 when she began reviewing fiction for The Times. After stints at the London Daily News and Harpers & Queen, she moved to the books pages of the Daily Telegraph, transferring to the sports pages in 1994. Freelance since 2005, she co-wrote The Daily Telegraph Formula One Yearswith Timothy Collings and El Macca: Four Years at Read Madrid with Steve McManaman. More recently, Sarah worked with Jenson Button on his bestselling Diary of the 2009 Formula One Season for Orion. She co-wrote Hostage: A Year at Gunpoint with Somali Pirates with Paul and Rachel Chandler (Mainstream, 2011). Sarah wroteThe Olympic Torch Relay: Follow the Flame of London 2012 and contributed two chapters to Making HIstory at London 2012. In that Olympic summer, she also wrote21 Days to Glory: The Official Team Sky Book of the 2012 Tour de France, which won Best Illustrated Book of the Year. Her latest publication is the story of Team Sky at the Giro and the Tour, The Pain and the Glory, which has been shortlisted for Illustrated Book of the Year at the British Sports Book Awards, and she has just completed a book with top international interior designer Joanna Wood to be published this year by Prestel. (DL)

Rod Ellingworth is currently the GB Elite Road Coach and Team Sky Performance Manager. Having represented GB from 1989 until his retirement in 2001 he then founded and ran the GB Cycling Academy. Then, alongside Dave Brailsford and Fran Millar, he was instrumental in creating Team Sky in November 2008. His memoir,Project Rainbow which he has written with William Fotheringham is published by Faber & Faber. (DL)

Frank Evans is widely known as The Last British Bullfighter, also the title of his recent autobiography, co-written with Paul Carter (Macmillan). Evans grew up in post-war Britain, the son of a Salford butcher—a path he was expected to follow. He first envisaged a life as a matador for himself after travelling to Spain for a friend’s wedding. Handed a copy of Suit of Lights, an autobiography by fellow British bullfighter, Vincent Hitchcock, he realised that his nationality needn’t be a barrier to his entry into the world of los toros, and decided to make a go of it. This remarkable autobiography was made into a Channel 4 documentary and the book is currently in development with a major theatre company. (RW)

Dave Farrar is a broadcaster specialising in football television commentary for ESPN and boxing for Channel 5, but is experienced across most areas of sport. His first book, The Perfect Punter: A Year of Losing Everything and Trying to Win it All Back was published by Bloomsbury (March 2012) and has been described by Racing Post as “one of the most entertaining books about sports betting ever published”. (DL)

Peter Fiennes is a journalist and author. As managing director of the Time Out Guides, Peter was responsible for launching their series of city guides and published two volumes of Country Walks. As an author, he has written To War With God(Mainstream, 2011) about his grandfather’s time as an Anglican Chaplain on the Western Front. Peter is currently writing a book on Britain’s woodlands and forests. (RW/DL)

Tom Fordyce is the co-author of We Could Be Heroes (Macmillan, 2009) and Karma Chameleons (Macmillan, 2010), co-written with fellow BBC colleague, Ben Dirs. He has been a BBC interactive journalist since 2000. He authors text commentaries on cricket and tennis, also writing features on various other sports and blogging on a number of different events. He won the Upton Classic Triathlon in July 2007. (DL)

Daniel Friebe is one of Britain’s leading cycling journalists and writers. Previously the Features Editor of Procycling Magazine, widely regarded as the world’s most authoritative English-language cycling magazine, Daniel now is a full-time freelance journalist. Amongst his many books, he has collaborated with cycling superstar, Mark Cavendish, on the best-selling Boy Racer: My Journey to Tour de France Record Breaker and At Speed (Ebury Press). He is also the co-author, with Pete Goding, ofMountain High: Europe’s 50 Greatest Cycle Climbs (Quercus, 2011) and Mountain Higher, both published by Quercus. Other titles include his biography Eddy Merckx: The Cannibal and Allez Wiggo! (DL)

Brendan Gallagher is The Daily Telegraph’s Rugby Union Reporter but he also covers cycling and athletics. He has written numerous books including Sporting Supermen (Aurum Press), and is the co-author of Bradley Wiggins’ autobiography, In Pursuit of Glory (Orion). His most recent publication is The Games: Britain’s Olympic and Paralympic Journey to London 2012 (John Wiley, 2012). (DL)

Kevin Garside is the Chief Sportswriter for The Telegraph having previously covered F1 for the paper for which he won Specialist Correspondent of the Year (2008). He has collaborated on two book projects to date: Amir Khan: A Boy from Bolton: My Story (Bloomsbury), and, with Lou Macari, Football, My Life (Bantam Press), both of which received rave reviews. (DL)

Lucy Green is a Professor at the London University Institute of Education
and the author of numerous books on the subject of music learning and
teaching. Her book, How Popular Musicians Learn (published by Ashgate in
2001) brought the informal learning practices of popular musicians to the
attention of music-educators. Subsequently her work has helped to transform
classroom approaches and she has written widely on the subject. Her work is
widely regarded as a sea-change, and is influencing schools, instrumental
tuition and teacher-training in the UK, USA, Canada, Australia, Singapore,
Brazil and other countries. Lucy’s latest book Hear, Listen, Play (OUP)
extends the work to a range of other music teaching-and-learning contexts.
Lucy is currently working on Music Education as Critical Theory and
Practice which will be published by Ashgate this year.  https://www.ioe.ac.uk/staff/ARHS_21.html (RW)

Lance Hardy is a writer and television producer. He has worked at numerous sporting events around the world, including three World Cups and two Olympic Games. He co-authored the autobiography Bobby Dazzler (Orion, 2006) with Bobby George and released his first solo book Stokoe, Sunderland and ’73 (Orion) in 2009. He lives in South West London. (DL)

Dietmar Hamann. Born in Waldsassen in Germany in 1973, Dietmar Hamann played football for Wacker Munich, Bayern Munich, Newcastle United, Liverpool, Manchester City and MK Dons. Amongst the many honours awarded to Hamann over his career, he won two UEFA Cups, two FA Cups, two League Cups and a Champions League winners’ medal. His memoir, The Didi Man: My Love Affair with Liverpool, with a forward by comedian John Bishop, was published by Headline in 2012 to widespread acclaim. (DL)

Ian Hawkey is an authority on African football. He grew up in Nigeria and spent his teenage years in Zimbabwe and Egypt. He was the International Football Correspondent for The Sunday Times and his first book, Feet of the Chameleon(Portico, 2009), traces the development of football in Africa as South Africa prepared to host the 2010 World Cup. He is currently working on a new title for Human Kinetics. (DL)

Mark Hodgkinson is a tennis author and journalist. Hodgkinson is the author of ‘Lendl: The Man Who Made Murray’ (Aurum) and the bestselling biography of Andy Murray published in 2013.  He is currently working on another project, ‘Secrets of The Locker Room’, to be published by Bloomsbury in 2015. A former tennis correspondent of The Daily Telegraph, he edits the programme for the men’s season-ending tournament in London, the Barclays ATP World Tour Finals, and has worked as a consultant to Credit Suisse and the Roger Federer Foundation. In addition, Hodgkinson launched TheTennisSpace.Com in partnership with Barclays, and is a columnist for the Wimbledon website and for BT Sport. (DL)

Oliver Holt was appointed Chief Sports Writer on The Times from 2000 to 2002 before becoming Chief Sports Writer for The Daily Mirror in 2002, a post he holds to the present day. He won the British Press Awards Sports Writer of the Year in both 2005 and 2006, the What the Papers Say Sports Writer of the Year in 2005 and the Sports Columnist of the Year in 2008. Holt is a regular guest on Sky as well as BBC Radio and has a weekly spot on This Morning. He once returned a serve from Roscoe Tanner in the line of duty for the Liverpool Echo. Previous books include End of the Rainbow: England’s Quest for Glory in South Africa (Hodder, 2010), which is widely regarded as the definitive account of the 2010 World Cup. Other books include: If You’re Second You are Nothing: Ferguson and Shankley (Macmillan 2006). Both Made in Sheffield: My Story – Neil Warnock (Hodder, 2007) and Left Field: A Footballer Apart – Graeme Le Saux (Harper Collins 2007) were shortlisted for awards. Holt collaborated with Stan Collymore on Stan: Tackling My Demons (Harper Collins 2005) and co-wrote Growing Up Fast with Theo Walcott. His most recent book,Miracle at Medinah, an account of Europe’s amazing Ryder Cup comeback, was published by Headline in 2012. (DL)

Simon Hughes (not the cricket analyst or the MP). Instead, he is a football journalist, writing for the Daily and Sunday Telegraph and The Independent, as well as Liverpool Football Club’s official magazine. Simon is the author of two books: Secret Diary of a Liverpool Scout (Sport Media, 2009) and Red Machine (Mainstream, 2013), winner of the Premio Antonio Ghirelli prize as Italian soccer foreign book of the year in 2014. (DL)