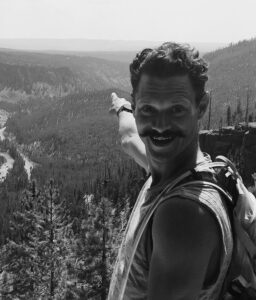 Otto Ecroyd is a serial adventure starter and first-time finisher. He has almost sailed from Norway to Scotland, driven halfway from London to Ulaanbaatar, and gotten lost, stuck and confused (in no particular order) in more countries than he’d care to remember.

Otto moved from New Zealand to London in 2010, a card-carrying member of the corporate class. The small joys of City life accumulated. Red-eye flights to Frankfurt, debates over the correct shade of blue on a chart, conference call chat about the weather. Feet began to itch. Maps were bought. Outcomes of previous adventures were disregarded. Northbound and Down (Great Northern Books, 2020) is Otto’s first book.

Sarah Edworthy has been a journalist since 1987 when she began reviewing fiction for The Times. After stints at the London Daily News and Harpers & Queen, she moved to the books pages of the Daily Telegraph, transferring to the sports pages in 1994. Freelance since 2005, she co-wrote The Daily Telegraph Formula One Years with Timothy Collings and El Macca: Four Years at Read Madrid with Steve McManaman. Sarah worked with Jenson Button on his bestselling Diary of the 2009 Formula One Season for Orion. She co-wrote Hostage: A Year at Gunpoint with Somali Pirates with Paul and Rachel Chandler (Mainstream, 2011). Sarah wrote The Olympic Torch Relay: Follow the Flame of London 2012 and contributed two chapters to Making History at London 2012. In that Olympic summer, she also wrote 21 Days to Glory: The Official Team Sky Book of the 2012 Tour de France (published by Harper Collins), which won Best Illustrated Book of the Year. Sarah also worked with Team Sky on a book entitled The Pain and the Glory, which was shortlisted for Illustrated Book of the Year at the British Sports Book Awards 2014. In 2014, she wrote Reeva: A Mother’s Story with June Steenkamp (Little, Brown), for which she attended the trial of Oscar Pistorius. After collaborating with rugby legend Ben Cohen on his autobiography (Carry Me Home, published by Ebury), she co-wrote This Mum Runs with Jo Pavey (Yellow Jersey), which was shortlisted for Autobiography of the Year in the 2017 Cross Book Awards. In 2020/21, she ghost-wrote A Chosen Destiny: My Story for Drew McIntyre, the first British WWE world champion, published by Ebury. She has worked as a feature writer at the Wimbledon Championships, both for the Telegraph and for wimbledon.com, since 1996; she also worked as a feature writer/reporter for rolandgarros.com from 2016-2019.

Rod Ellingworth is currently the GB Elite Road Coach and the Director of Racing at Ineos Grenadiers. Having represented GB from 1989 until his retirement in 2001 he then founded and ran the GB Cycling Academy. Then, alongside Dave Brailsford and Fran Millar, he was instrumental in creating Team Sky in November 2008. His memoir, Project Rainbow, which he has written with William Fotheringham, was published by Faber & Faber in 2013. 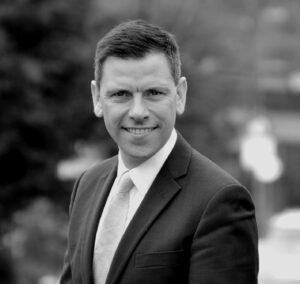 Christopher Evans has been the Member of Parliament for Islwyn since 2010. In the past, he has served on the justice, petitions and public accounts committees. Christopher has also acted as Parliamentary Private Secretary to the Shadow Chancellor and Shadow Defence Secretary.  His first book, Fearless Freddie: The Life and Times of Freddie Mills was published in 2017 and shortlisted for The Times Biography of the Year at the 2018 Sports Book Awards. His second book, a biography of legendary Leeds United and England manager, Don Revie, will be published in October 2021. Married to Julia, they have two children and live in South Wales.

Martin Evans is the Physical Performance coach at the Football Association. He has worked with Phil Burt on the book Strength and Conditioning for Cyclists, which was published by Bloomsbury in September 2018.

Dave Farrar is a broadcaster specialising in football television commentary for ESPN and boxing for Channel 5, but is experienced across most areas of sport. His first book, The Perfect Punter: A Year of Losing Everything and Trying to Win it All Back was published by Bloomsbury (March 2012) and has been described by Racing Post as “one of the most entertaining books about sports betting ever published”.