Jarod Chapman began his career as a massage therapist and personal trainer 25 years ago. He was Tina Turner’s personal wellness coach for her final US/European World Tour, 2008 – 09. His media ambassador role for Slendertone, 2013 – 17, ignited his spark to write all things health and fitness. He’s contributed to some of the UK’s biggest magazines, both online and editorial, and has appeared on many UK and European radio stations, talking on the subject of wellness.

In 2018, he co-founded Wellness Warrior, a yoga and lifestyle brand delivering physical, emotional and spiritual fitness. Jarod and Wellness Warrior Co-Founder Caleb Jude Packham have secured a book deal with Bloomsbury Publishing to write a guy-friendly guide for yoga newbies – to be released spring 2022.

Anthony Clavane was born in Leeds in 1960, a year before Don Revie became manager. He started life as a History teacher and is now chief sports writer for The Sunday Mirror and a former regional journalist of the year. His most recent book A Yorkshire Tragedy:  The Rise and Fall of a Northern Powerhouse is published by Quercus and completes his trilogy of books that examine the history of football in the North of England. Promised Land: A Northern Love Story, published in September 2009 by Yellow Jersey, won the British Sports Book of the Year Award and was named Best Football Book in May 2011. Described by David Peace as “an absorbing and compelling dissection of Leeds, the city and the club”, the book has been adapted for the stage and had its premier in Leeds in the summer of 2012. Anthony’s book, Does Your Rabbi Know You’re Here?: A Secret History of English Football, was published by Quercus in October 2012.

Lee Clayton left Brampton Manor Comprehensive with a hunger for newspapers, deadlines and breaking stories. His journey through print took him across the Wapping picket lines and coaches with shatter proof glass and metal grates boarded at secret locations, to covering an England riot in Dublin, and sitting in front of Gary Lineker on a coach without shatter proof glass, but one that was being rocked by an angry mob of England fans. He’s been in newspapers now for almost 30 years and is Group Head of Sport for the Mail titles. His first book, working alongside the brilliant Andy Hooper, is entitled Farewell to Upton Park (Hamlyn, August 2016). He is also a West Ham season ticket holder, which helps. 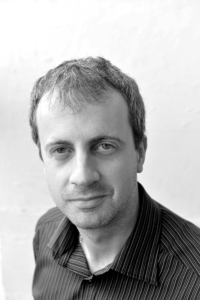 Jon Colman is a sports journalist and author from Cumbria. He has worked for the News & Star and Cumberland News newspapers and websites since 2005, mainly reporting on Carlisle United Football Club and winning a number of industry awards in the process, including Regional Sports Journalist of the Year six times at the British Sports Journalism Awards. He has ghost-written two autobiographies, of cricketer Paul Nixon (The History Press, 2012) and footballer Matt Jansen (Polaris, 2019). During the first Covid-19 lockdown in 2020 he wrote Bolts From The Blues (Vertical Editions), a book about memorable Carlisle United goals, royalties from which are being donated to the NHS in Cumbria.

Nikalas Cook is a writer, coach and athlete based in the Peak District. He specializes in health, fitness, endurance and adventure sports. Having studied a postgraduate degree in Health and Exercise Science, he worked for eight years as a top personal trainer in London. He is the editor of Totally Active magazine and writes for numerous specialist magazines and websites including 220 Triathlon, Outdoors Magic, Trail Running and Trek and Mountain. He also edits the British Cycling member’s website, the Insight Zone. He’s also written for national newspapers and magazines including The Times, The Financial Times, The Daily Mail, GQ, Men’s Fitness and Red Magazine. But he’s probably most proud of being Derbyshire Life’s beer correspondent. Nik has written two books and his third entitled The Road Cycling Performance Manual was published by Bloomsbury in June 2018. He has also worked with Nigel Mitchell on his book, Fuelling the Cycling Revolution, and with Martin Evans and Phil Burt on their book, Strength and Conditioning for Cyclists.

Jon Cooksey was a leading military historian with a particular interest in the the world wars and the Falklands War. His expertise also led to him being an experienced battlefield guide, frequently leading tours to battlefields from these wars. He has written a number of books including The Barnsey Pals, Flanders 1915, Calais: A Fight to the Finish and 3 Para Mount Longdon: The Bloodiest Battle, as well as writing for a number of military magazines and editing Stand To!. He also wrote articles for a number of national newspapers and appears frequently on television and radio. Most recently he collaborated with David Griffiths on a new collection of diary entries by First World War Private Harry Drinkwater entitled Harry’s War, published by Ebury Press.