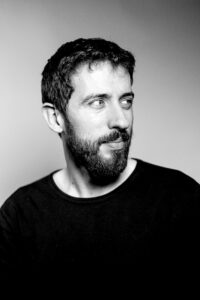 Ben Sillis is a writer and editor who specialises in technology and video games. His work has featured in publications including The Guardian, TimeOut and ShortList. As the editor-in-chief of Red Bull’s gaming editorial since 2012 he has witnessed the spectacular rise of the competitive esports industry and reported on it from the front lines. In 2018 Ben was nominated for Features Writer of the Year at the Games Media Brit List Awards, celebrating the best of UK gaming journalism. He has also been nominated for his work by the eSports Industry Awards and the Games Media Awards. He is the co-writer of This is Esports (and how to spell it), which was released by Bloomsbury Publishing in May 2020 and longlisted for the William Hill Sports Book of the Year Award that same year. He lives in south-east London with his wife and two children.