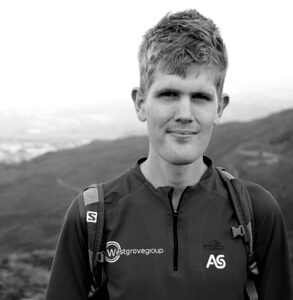 Alex Staniforth is a record-breaking adventurer, endurance athlete, motivational speaker and charity fundraiser who became a published author aged just 20 with his first book ‘Icefall’ in 2016. He was caught up in the two biggest consecutive disasters to date on Mount Everest and has since gone on to complete a number of outdoor endurance challenges, including becoming the fastest person ever to climb to the top of all 100 UK county tops in 2017, and most recently running the National Three Peaks Challenge, covering 452 miles in 9 days 12 hours. Alex shares his own personal adversity to inspire others in overcoming their own challenges, whilst raising over £100,000 for various charities and winning the Pride of Britain Granada Reports Fundraiser of the Year in 2017. His subsequent book, Another Peak, was published by Trigger Press in 2019. Since then, he has co-founded Mind Over Mountains, a charity restoring mental health through outdoor experiences.