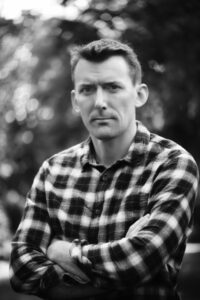 Jonathan Wilson is the founder and editor of the critically acclaimed football quarterly The Blizzard, and is one of the UK’s most successful writers of narrative sportsbooks.  His latest book, The Names Heard Long Ago:  How the Golden Age of Hungarian Soccer Shaped the Modern Game, was published by Blink in September 2018.  Jonathan’s early titles include Behind the Curtain (Orion, 2006), The Anatomy of England: A History in Ten Matches (Orion, 2009), Nobody Ever Says Thank You (Orion, 2011), The Outsider (Orion, 2012), The Anatomy of Liverpool: A History in 10 Matches (Orion, 2013), The Anatomy of Manchester United (2017), Angels with Dirty Faces (2016), and The Barcelona Legacy (2018).  He is perhaps best known for his bestselling history of the evolution of football tactics, Inverting the Pyramid, which was named Football Book of the Year by the National Sporting Club in 2008, shortlisted for the William Hill Sports Book of the Year award and has sold around the world.  A former football correspondent of the Financial Times, he is now a columnist for The Guardian and Sports Illustrated. He lives in London.