Tom Isitt is an award-winning journalist and author with more than 30 years experience in consumer publishing. His latest book, Riding in the Red Zone, is published by W&N and has attracted some stellar reviews. He has been the editor of a number of leading magazines in their fields and specialises in cycling, motorcycling, boating and adventure-sports. As a freelancer for the last decade, Tom has been published in the Guardian, Rouleur, Cycle, Cycling Active and a host of boating magazines around the world. Previous titles include The World of Harley-Davidson (Magna, 1993), Superbikes from Around the World (Paragon, 1998) and Secrets of The Queen’s Closet (Ashford, 1988)

Steve James played cricket for Glamorgan and England, and rugby for Lydney and Gloucestershire. He is now the Times’ cricket news and rugby reporter having previously covered both sports at the Daily and Sunday Telegraph. He has written an autobiography, Third Man to Fatty’s Leg, and has ghosted two books for former England coach, Duncan Fletcher. His book, The Plan, published by Bantam Press, received glowing reviews and was named Book of the Year by the Cricket Writers’ Club. It has also been shortlisted for The Cricket Society and MCC Book of the Year. Steve has also worked with British and Lions Rugby captain Sam Warburton on two projects, including Refuse to be Denied: My Grand Slam Year. His other titles include the critically acclaimed The Art of Centuries, published in April 2015 (Bantam Press). Steve most recently worked with British and Irish Lions legend Sir Ian McGeechan on his new project, The Lions: When the Going Gets Tough, which was released ahead of the 2017 Lions tour to New Zealand.

Oliver Kay is a senior football writer for The Athletic, which he joined on its launch in the UK 2019. He spent the previous 19 years working for The Times, initially as northern football correspondent and then, from 2009, as chief football correspondent. His job takes him around the country and around Europe, reporting on the biggest matches, living out the ambition that took hold once it dawned on him at a young age that these were the only football dreams he would be able to realise. Forever Young: The Story of Adrian Doherty, Football’s Lost Genius (Quercus, May 2016) was his first book and was shortlisted for the William Hill Sports Book of the Year Award. It also won the Football Book of the Year and Sports Book of the Year at the Cross Sports Book Awards. He worked with James Milner on Ask A Footballer (Quercus, October 2019) and his work featured in At the End of The Storm (Backpage, October 2020), a collection of The Athletic’s articles on Liverpool’s first league title success in 30 years. He lives in Yorkshire with his wife and two daughters. 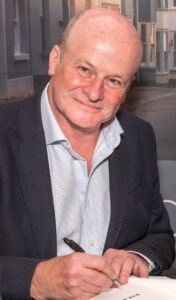 Robert Kitson has been The Guardian’s rugby union correspondent since 1999. He has reported on eight Rugby World Cups, six British & Irish Lions tours and almost 400 Tests worldwide and has also covered numerous other sports in a sportswriting career spanning nearly 40 years. His most recent book, Exe Men: The Extraordinary Rise of Exeter Chiefs, was named Rugby Book of the Year at the 2021 Telegraph Sports Book Awards. 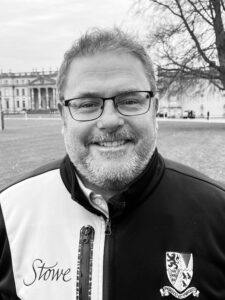 Having come through the junior ranks at Kent, James Knott played professional cricket for MCC Young Cricketers, Surrey & Somerset for eight years between 1994 & 2001 making 24 appearance for Surrey’s 1st XI. Following on from that he played nine years of minor counties cricket for Bedfordshire, captaining for three of those. He made several appearances for the representative Minor Counties XI and also the ECB XI (England Amateurs) that won the European Championships in 2004.

As a coach James has been the Head of Cricket at Stowe School since 2004 finishing top of the national school’s cricket league twice, winning the Schools Arch Trophy twice and finishing runners up of the National T20 twice. Several pupils have gone on to play professional cricket in that time – Mark Nelson (Northants), Graeme White (Northants, Notts & England Lions), Ben Howgego (Northants), with the most high-profile being Ben Duckett (Northants, Notts & England Test, ODI & T20i). Several others have gone onto MCCU programmes at Loughborough, Cambridge, Oxford & Durham, as well to play mi nor counties cricket. Current pupil at the school – James Cronie – is on the Northants Academy and represented the Midlands at the Bunbury Festival and the Super 4’s, and is currently training with the England u19s squad.

As a writer James has had several cricket articles published and one fictional short story. 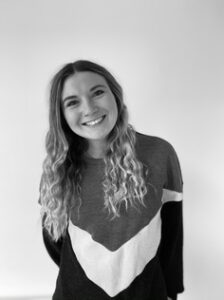 Jessica Knowles is a free-spirited, nonconformist who displays a more active, more fulfilling, less conventional life and loves an adventure or two. She is also a primary school teacher. She isn’t a fitness fanatic or an Olympian, but she likes to lead an active life and is happiest eating her sarnies with an inspiring view in front of her.

Jessica has a published children’s book about her escapades with her dog (Adventures of Pepper the Ginger Dog), has been nominated for a UK Blog Award, worked with well-known brands such as BBC News, Countryfile Live, Daily Mail and has been nominated by her class as the ‘funnest’ teacher to ever walk the earth. The last being her greatest achievement to date. She has an Instagram, YouTube and TikTok account, Dogventures, with a collective following of over 65,000 people. She runs a popular website called yourdogventures.com with stories about her time spent outdoors and adventure tips.