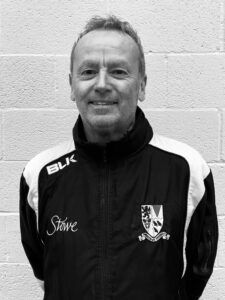 Andy O’Connor came through the junior system at Northants playing for both the Academy and Second XI. The remainder of his 25-year playing career consisted of playing in the Birmingham League, and predominantly the Northamptonshire Premier League, also representing the county in the Northants Amateur League XI.

Whilst playing local league cricket, Andy pursued a 25-year career in Civil Engineering, working as a Design Engineer for Civil Engineering Consultants, before making the switch to cricket coaching.

Andy is an ECB Level 3 coach (2006) and is also a member of the Northamptonshire ECB Coach Education team.  He is part of the junior coaching setup at Northants, having coached most age groups, both boys and girls. He is currently Coach of the new U18s boy’s squad, having coached the u17s Boys team during their ECB National Championship 3 day and 1 day cup winning seasons of 2017 and 2019. Andy was head coach of the Northants Women’s squad, the “Steelettos”, for 8 seasons, and also headed up the Northants Girls Emerging Players Programme (EPP), whilst also working on the boys Academy and EPP Coaching teams. He was also head coach at the Moulton College Cricket Academy for 5 years, one of the students being Olly Stone (Northants, Warwickshire, & England); with others moving on to MCCU cricket.

Andy has been a coach at Stowe School for the past five years, seeing some cricketer’s progress to MCCU and County 2nd XI cricket. In 2010 Andy was voted National Chance to Shine MCC Spirit of Cricket Coach of the Year.